Pregnancy Discrimination in Ireland – What have we Learned? 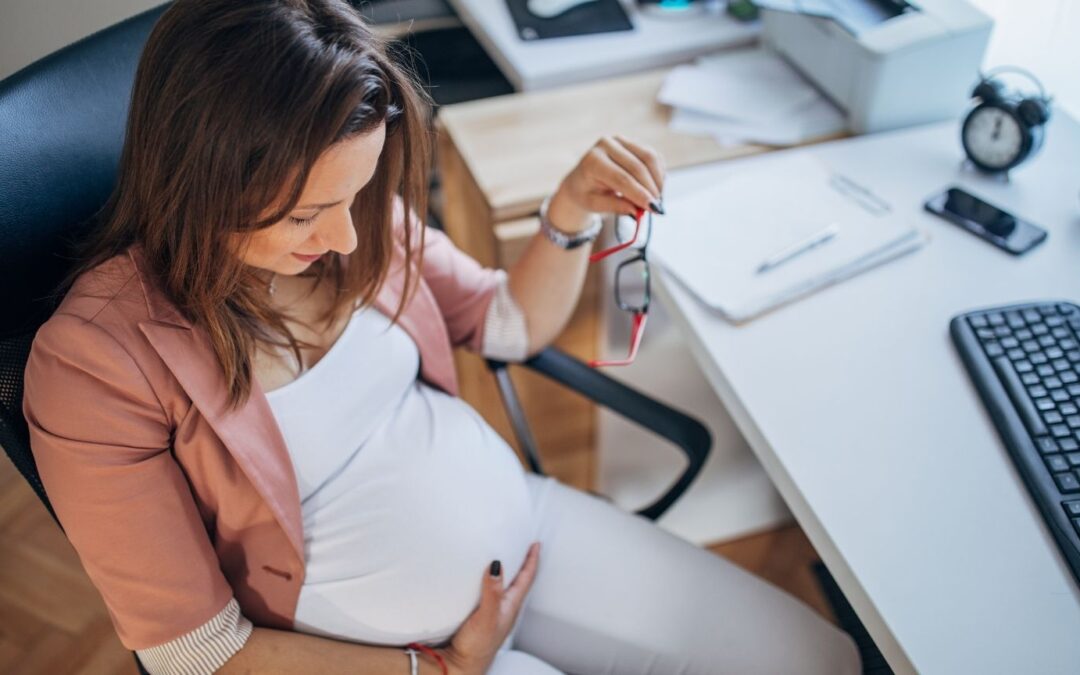 A female employee announces that she is pregnant. You may very well be happy for her – and congratulate her on the happy news. But the news can present you with significant challenges. Will she be healthy until close to delivery? Who will handle her responsibilities during her absence? Will you be able to defer some of her tasks? Or divide them up among other employees? Or will it be necessary to recruit a replacement? Will she return to employment after her maternity leave?

If you find out one of your employees is pregnant, there are some things you need to consider

Employers regularly have to grapple with these questions, and it may seem like there are no easy answers. As an employer, one of your main concerns must be to protect your employees. Pregnant employees – as well as those who are on maternity leave – have certain protections in the eyes of the law. That means that any adverse treatment of a female due to her condition is viewed as discrimination on the grounds of gender. Therefore, every effort should be made to ensure that the pregnant employee is well protected.

Before we dive into the cases, you might like this guide featuring advice from other Irish employers on how to reshape your business and workplace culture in 2021 – download the summary guide now.

In 2012, a Limerick casino had to pay €36,000 to a former employee whom it had dismissed during her pregnancy. She had worked for them as a croupier – a dealer. What’s not disputed is that she had received a written warning, which she signed, when the casino concluded that she was failing to stop a customer cheat at a type of poker. She claimed that it was the only warning that she received. She also claimed that she had received no contract of employment.

In response, the respondent said that there had been CCTV evidence to back up the written warning and that “the claimant had received several warnings both oral and written from her employer in relation to her conduct at her place of work”. However, no workplace investigation was conducted into the claimant’s alleged wrongdoing. The CCTV evidence had also been overwritten after a period of time – as was the casino’s norm. The EAT’s ruling also makes no mention of written evidence of other written warnings.

The claimant’s case was that she had been dismissed because of her pregnancy.  The EAT agreed – ruling that “the respondent’s procedures were defective and could be said to be crude” and “that the claimant’s dismissal was wholly or mainly due to her pregnancy”.

Leaving aside the EAT’s core conclusion, the casino did itself no favours:

If the casino had proper procedures in place, if it had provided the employee with those procedures, and if it had been able to show that it had used those procedures, which may have included conducting a workplace investigation to find out the facts of the case, the award would have undoubtedly have been less – even if the EAT had still decided that the casino had dismissed the claimant because of her pregnancy.

Let’s look next at a case where another pregnant employee in a Dublin discount store made very serious complaints to the Equality Tribunal. She claimed discrimination on the grounds of race, conditions of employment, promotion and training. She also complained of victimisation – culminating she said in her feeling forced to resign. That’s a serious list of indictments – but the Tribunal found in her favour on everything except for the training complaint. Where did the employer go so wrong?

If you are found to have discriminated against a female employee because of her pregnancy, the size of the award is dependent on the employee’s salary. This means that the potential financial downside is greater for higher paid employees. This worked against an insurance company in May 2015 when the Equality Tribunal ruled that the company had “discriminated against the complainant on grounds of her gender by reason of her maternity leave”.   The complainant was an HR specialist.

The insurance company had made none of the 10 errors mentioned above in the case of the Dublin discount store.

What they had done though was:

In the opinion of the investigating Equality Officer, the employer’s actions established what is referred to as a prima facie case of discrimination. This means that the complainant was considered to be providing sufficient evidence to back up their claim of discrimination. Under Irish law, this then shifted the onus of rebutting the claim onto the employer – something they were unable to do to the Equality Officer’s satisfaction.

His conclusion? With respect to the performance rating, the Equality Officer “concluded that the Complainant’s reduced performance rating while on maternity leave impacted adversely on her financial bonus.” With respect to the appointment of the complainant’s colleague to the two positions, the Equality Officer concluded that “on the basis of the evidence before me, I must draw the conclusion that the Complainant’s maternity leave influenced the Respondent’s decisions in relation to these appointments”.

These cases all took place in the last decade, however two recent Labour Court decisions indicate that we have not learned from past mistakes.

In the first, an employee who went on maternity leave was passed over for a promotion which was found to amount to discrimination on the grounds of her gender.

While she was on maternity leave, the complainant’s employer had hired someone else to provide cover. When the complainant contacted the employer in regards to her return to the workplace, she also expressed an interest in being considered for a managerial position in the firm. However, when she visited the workplace a few days later, she was met by the store manager who told her she, the manager, would be leaving. The complainant was told that the employee who had been providing maternity cover was being promoted as her replacement. The complainant felt that she had not been given the opportunity to apply for the promotion as a result of her being on maternity leave.

The respondent argued that the policy in the company was to not promote any worker who had spent a significant time on the shop floor to a managerial position within the same shop. Therefore, the complainant would not have been considered for the position, even if she had not been on maternity leave. The respondent also highlighted that the complainant had not undergone training to prepare her for a managerial position.

Despite this and other claims made by the respondent, the Labour Court ruled that the respondent had “not come anywhere near meeting the burden of proving that the treatment of the Complainant was unrelated to her pregnancy” and awarded the complainant €20,000 in compensation.

In another recent case, a pregnant employee was found to have been discriminated against on the grounds of her gender after her employment was terminated while she was pregnant.

The complainant had informed her employer of her pregnancy in October 2017. In January 2018, the complainant raised a health and safety concern relating to one of the locations where she worked. As the location would need to undergo a health and safety assessment that could take five weeks, the respondent decided that the business would need to close, as to remain open would mean running at a loss and the business would no longer be financially viable. This resulted in the complainant being made redundant and being awarded statutory redundancy entitlements.

The Labour Court found that this amounted to discrimination on the grounds of gender and awarded the complainant €15,000. In reaching its decision, the Labour Court drew on EU law. An extract from the full recommendation states that:

“Directive 92/85/EEC (the Pregnancy Directive) of the EU provides a comprehensive legal framework in which special protection is afforded to the safety health and welfare of pregnant women in employment. Article 10 of the Directive is of particular and far-reaching significance. It provides: –

1.Member States shall take the necessary measures to prohibit the dismissal of workers, within the meaning of Article 2, during the period from the beginning of their pregnancy to the end of the maternity leave referred to in Article 8 (1), save in exceptional cases not connected with their condition which are permitted under national legislation and/or practice and, where applicable, provided that the competent authority has given its consent;

2.If a worker, within the meaning of Article 2, is dismissed during the period referred to in point 1, the employer must cite duly substantiated grounds for her dismissal in writing;

3.Member States shall take the necessary measures to protect workers, within the meaning of Article 2, from consequences of dismissal which is unlawful by virtue of point 1.

“The special protection afforded to pregnant woman against dismissal in European law requires that where a pregnant woman is dismissed, the employer must bear the burden of proving that the dismissal was grounded on exceptional circumstances unrelated to pregnancy or maternity.” (Workplace Relations Commission, 2020. EDA2018.)

Both these cases and the three previous show the importance of ensuring that pregnant employees and those on maternity leave are being afforded protections in accordance with the law.

Dealing with pregnant employees brings with it unique challenges – how to be fair while at the same time retaining your legitimate right to conduct your business. The better prepared and trained you and your team are – the lower the risk of you falling foul of legislation. Remember, your business should have policies and procedures in place to safeguard against employee disputes. Just because an employee is pregnant or on maternity leave does not mean that they somehow bypass the right to fair procedure or, in the case of the Limerick casino worker, a workplace investigation to look into any alleged wrongdoing.

If you have any questions about this area, get in touch with Insight HR today. 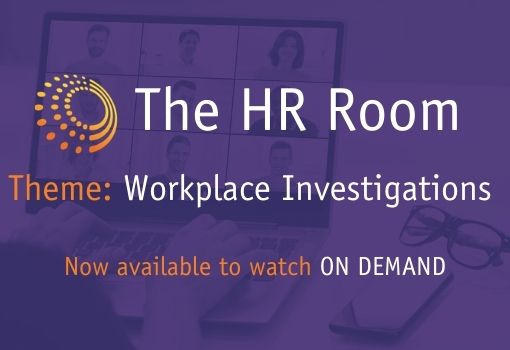 Hear from the experts

Watch our recent webinar for hints and tips on how to run a workplace investigation.