Employee Discipline – Why You Need To Get It Right 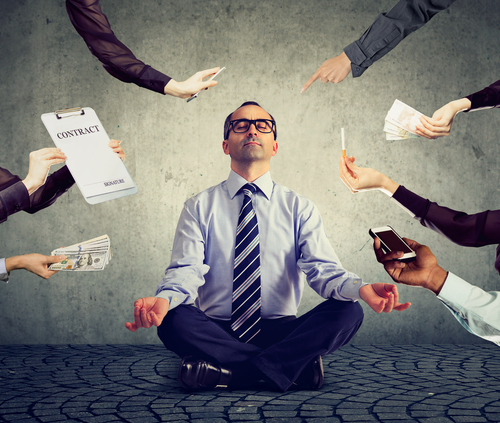 Last month saw the reckoning of Harvey Weinstein, as he faced judge and juror over the allegations of sexually motivated crimes that sparked the #metoo movement. At the time of writing, his fate remains undecided. It is safe to say however, that Harvey Weinstein has effectively been ‘cancelled’. To be in any way associated with the media mogul is now widely regarded as showing implicit support for his alleged actions. It is not just celebrities that have been affected by this so-called ‘cancel culture’. Entire institutions have been held to account, such as the Nobel prize for literature which was cancelled in 2018 amid female-led protests regarding claims of sexual harassment brought against the husband of one of the academy members.

It is natural that today’s ‘cancel culture’ can be a real worry for organisations. As organisations are being held to much higher standards and scrutiny than ever before, no employer wants to be accused of failing to investigate complaints of sexual harassment – or any other type of HR complaint for that matter. But sometimes this fear can result in organisations rushing into a process they may have very little experience in, and their desire to be seen to be acting efficiently can mean that they fail to give due care to proper procedure. Even organisations with seemingly good intentions can get it very wrong.

A 2017 complaint against a butcher formerly employed by SuperValu ended up costing the supermarket €35,000 under the Unfair Dismissals Act in the Labour Court, after an initial ruling by the Workplace Relations Commission for €24,000 was appealed by the employer in 2019. The case involved a butcher who had touched the lower back of a colleague – a 15 year old female student that was on work placement at the supermarket – and as a result had had his employment terminated on the grounds of gross misconduct. Upon termination, the former employee was of the view that he had been unfairly dismissed. He had not intended anything inappropriate, he argued, though admitted he should not have touched the girl in the first place.

The decision by both the WRC and the Labour Court to uphold the employee’s claim of unfair dismissal  placed significant emphasis on the actions of the supermarket between the time the initial complaint was made and the time that he was dismissed. It emerged that the supermarket had made several procedural errors when investigating the complaint and initiating the disciplinary process, including: the fact that the employee did not have the opportunity to address the charge he was eventually dismissed for; that there were no written findings of the investigation that the supermarket conducted after receiving the complaint, and; the fact that the butcher was never actually informed of the result of the investigation. In the 2018 case, Adjudication Officer Brady found that “the flaws in the disciplinary process” were too many to be ignored. This, he said, ultimately rendered “the process and therefore the dismissal” unfair. In 2019, after the supermarket appealed Brady’s decision, the Labour Court Chairman, Foley, found that the sanction imposed by the supermarket was disproportionate to the incident and “procedurally unfair”. He then increased the value of the award from €24,000 to €35,000.

It is worth noting here that the initial complaint was made in October 2017, the same month that #metoo went viral. This would seem to suggest that the supermarket may have been attempting to take a stand against sexual harassment by making an example of the butcher. However, while the supermarket had a duty to follow up on the girl’s claim, it also had a duty to provide the butcher with the opportunity to address the allegation against him. The supermarket’s procedural failings ultimately ended up costing it €35,000 – a significant sum for such a business.

Lessons to be learned

Interestingly with this case, there was a greater focus on the way that SuperValu dealt with the complaint rather than the issue of whether or not the former employee was guilty of gross misconduct. While Brady focused some of his findings on the evidence of CCTV footage which suggested that the employee’s version of events was perhaps the more accurate of the two, he approached it from the point of view that this CCTV should have been examined properly in the workplace investigation process. He also found what can be described as a lack of transparency between employer and employee throughout the process of investigation. There had been a distinct failure on the part of the supermarket to communicate with the butcher throughout the process of the investigation exactly what the charges against him were. In the initial letter which invited him to the disciplinary hearing, there was no mention of sexual harassment. He was called to the hearing on the grounds of ‘serious misconduct’ as opposed to gross misconduct, which were the grounds for his later termination.

There are many such cases of employers being fined for not following procedural guidelines when it comes to employee discipline. In January, the Labour Court awarded €20,000 to an ex-employee of RCI Call Centre after it found that the employer had failed to conduct a fair investigation prior to the termination of his employment. The court found that the employee had not been informed at the outset of the investigation of all complaints against him, with two of the allegations that contributed to his eventual dismissal only emerging halfway through the process. This meant that the employee had not been given the opportunity to properly address these issues, nor indeed to prepare a defence which incorporated them.

When a formal complaint is made against an employee, employers have a duty to conduct a thorough and proper investigation into the matter. That means that not only should correct procedure be followed, but that it should be followed efficiently. In October 2019, a bank manager was awarded €7,500 after the WRC found that the bank had failed to follow up efficiently on a formal complaint made about her treatment within the organisation. The complainant had been waiting for a total of fifteen months for a decision in her case, which she only received once she contacted the HR department. The commission found that the grievance process had been poorly executed and that the “delay and tardiness” in reaching an outcome had served to exacerbate the complainant’s situation.

It is of course highly important that allegations are investigated thoroughly, and all evidence examined. It is the obligation of the employer to ensure that all angles are considered, so as not to rush a decision which could impact significantly on those involved. Naturally, this takes quite some time, and unforeseen events – such as witnesses taking holidays, getting sick, changing their evidence – can often delay the process. However, in this case there was evidence to suggest that the reason for the delay was more to do with the bank’s failure to communicate with the complainant throughout the process and its failure to provide any assurances that the initial cause for complaint would be addressed.

The role of HR

While it would be an employer’s dream that all members of staff get along with one another all the time, the reality is often quite different. Part of HR’s role is to deal with tricky situations that sometimes arise between employees and, as most HR professionals are painfully aware of, things are never black and white. Complaints need to be examined from all angles, handled with sensitivity and dealt with promptly. The consequences of not properly investigating a complaint can mean that your business is at risk of having its HR processes examined by a third party, which could eventually result in a hefty fine.

If you have received a complaint from an employee and need some advice on how to proceed, you can call us on 056-7701060 for some impartial and unbiased advice.