Does your organisation foster a culture of bullying? 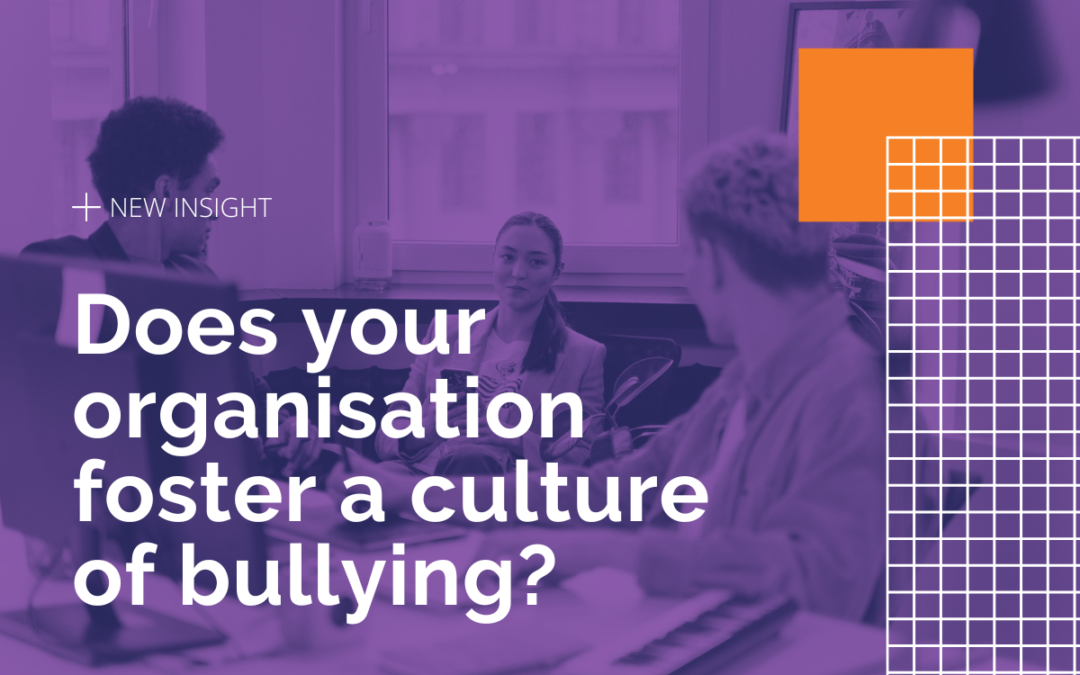 An allegation of bullying in the workplace can set alarm bells ringing for HR. It is a serious and sensitive matter which must be approached with caution. Employees should feel as comfortable as possible in the workplace, and any discontent amongst colleagues can mean lowered productivity. If the matter is not resolved swiftly or adequately, the organisation may even come up against industrial relations problems and litigation.

One needs only to look to the cautionary tale of Hurley v An Post (2018) to see exactly how costly a case of bullying can be. The plaintiff, Ms Hurley, suffered ill-effects to her health and mental wellbeing as the result of “highly inappropriate and repeated behaviour” which undermined “her right to dignity at work.” (Irishlegal.com, 2018). She was awarded over €161,000 by Justice McDermott, who was quoted as saying at the time that the “accumulation of petty daily humiliations and repeated spiteful or petty actions with a continuing social rejection or exclusion is the very essence of…bullying and harassment.” (Irishlegal.com, 2018).

Part of the problem for employers can be identifying whether or not the allegation of bullying is well founded.

It is worth pointing out here that the Code of Practice for Employers and Employees on the Prevention and Resolution of Bullying at Work highlights that bullying and harassment are two separate legal concepts and should be treated as such.

So, what are the differences?

According to the Code of Practice (2021), ‘Workplace bullying is repeated inappropriate behaviour, direct or indirect, whether verbal, physical or otherwise, conducted by one or more persons against another or others, at the place of work and/or in the course of employment, which could be reasonably regarded as undermining the individual’s right to dignity at work. An isolated incident of the behaviour described in this definition may be an affront to dignity at work, but, as a once off incident, is not considered to be bullying.’ (Irishstatutebook.ie, 2021).

Harassment, on the other hand, is when an employee is subjected to unwelcome behaviour which is directed towards them on any of the nine discriminatory grounds, which are gender, civil status, family status, age, disability, sexual orientation, race, religion, and membership of the Traveller community. Sexual harassment, meanwhile, is unwanted behaviour of a sexual nature.

While all three forms of unwanted behaviour are unpleasant and must be dealt with, it is important for employers to understand the difference.

The Code of Practice applies to all working locations, be it fixed-location, home or mobile. It also makes specific reference to cyber bullying.

What can HR do about bullying?

Obviously, prevention is better than cure. HR has a responsibility to lead by example and should demonstrate strong values that communicate what a culture of dignity and respect looks like. Consider, for example, whether or not you could describe your workplace as being ‘inclusive’. Are there certain initiatives or social events which are only open to select groups or individuals? Could this be sending a message that certain employees are valued more highly than others? Is the company culture one that accepts bad language or inappropriate comments? Or things like unfair workloads or targets, criticising a competent employee, taking responsibilities away or giving trivial tasks to do, setting a person up to deliberately fail by overloading them or giving them impossible deadlines, deliberately withholding information etc. Even where the intention is not to cause offense, such behaviour can be damaging and cause employees to feel uncomfortable, none of which helps to create a culture of dignity and respect.

Consider the employee who is routinely subjected to any of the behaviours that would amount to bullying, in a company where the culture is seen to be more relaxed about office banter or inappropriate comments, or one of the many issues listed previously. The employee may be utterly miserable at work and yet feel they are only inviting potential ridicule for ‘not being able to take a joke’ if they were to make a complaint. This kind of fear could so easily stop an employee coming forward, and the behaviour is left to fester.

The stakes are even higher for an employee with a complaint about senior management, line management or some other key person within the business. They may feel that by coming forward their job is on the line. It is possible that even a HR Manager may feel conflicted and fearful about raising the issue with senior management. The alleged perpetrator may try to use their power or influence to sweep matters under the carpet and may say that the employee is overreacting. The organisation’s relaxed culture may be used as evidence that no harm was meant. Yet, harm may have been caused. HR must be able to critically review existing practices within an organisation and take a firm stand and lead on what will not be tolerated.

In order to promote a safe and comfortable working environment, HR departments would do well to familiarise themselves with the new Code of Practice. Some actionable steps would be to review and update existing practices in consultation with employees, arrange Dignity and Respect training for all staff, arrange management training, appoint Support Contact people, and look at putting together a panel of suitably trained and qualified investigators (internal and external) in the event of a workplace investigation. Such actions should also be backed up with consistent messaging across all levels of the organisation, inclusive signage throughout the workplace, and induction training for all new staff.

Dealing with a complaint of bullying

Of course, no matter how many preventative steps HR can proactively take, it will never be possible to completely eradicate all possibility of bullying. The important thing is that there is an open culture of respect, and that employees always know what action they can take to help resolve matters.

Should a complaint be received, the organisation has an obligation to follow procedure as outlined and communicated to staff through an anti-bullying policy. Both an informal and formal procedure should be defined by the employer and captured within the policy. If the company has not defined these processes, they will be unable to deal adequately with the complaint.

As the name suggests, the goal of the informal process is to resolve the situation as informally as possible. If this succeeds, it minimises the conflict and stress involved. As suggested in the Code of Practice, organisations should appoint a support contact who can act as an unbiased advisor to employees who wish to discuss their options before making a formal complaint. This can be an invaluable tool in helping employees feel comfortable about seeking a resolution and can also help them to identify whether to choose an informal or formal process.

The informal process normally involves the employee dealing directly with the alleged perpetrator with the aim of resolving the situation promptly and in a low-key fashion. However, someone who is being bullied may find it difficult to approach the perpetrator. Mediation could be an option, as could informal meetings facilitated by management. It is important to remember to keep a strong paper trail, even if the process is informal, as it may help to show that there was an attempt to resolve matters.

The Code of Practice has also introduced a secondary formal process, which now could be considered to form part of a three-step process; initial informal process (which we mention above), the secondary informal process, and the eventual formal process. As part of the secondary informal process, the complaint should be subject to an initial examination by a designated member of management, who can be considered impartial, with a view to determining an appropriate course of action.  The inappropriate nature of the alleged behaviour must meet a certain minimum threshold if it is to constitute bullying and the nominated member of management needs to establish if there are concrete examples of bullying behaviour before proceeding to investigation.

Going beyond using the Code of Practice simply as a guide, adherence to the Code is also vital. As noted in this guide by Arthur Cox, failure to adhere to the Code of Practice is admissible in evidence in any criminal proceedings under the 2005 Act. Furthermore, the Code is admissible in any proceedings before a court, the WRC or the Labour Court, in accordance with the Industrial Relations Act 1990.

Depending on the complexity of the matter, a workplace investigation may be the logical next step in determining the facts of the allegation. Conducting a workplace investigation requires a certain level of skill and training, and there are some good reasons why a HR department might consider outsourcing this to an external provider. The code of practice itself states that anyone tasked with carrying out an investigation must have the necessary training. Therefore, it should not simply be delegated to someone internally who does not have the required skill, experience or training. Complex investigations which might ultimately lead to a dismissal may be best handled externally. Investigations must be fair and thorough, and this takes time. And while workplace investigations must be treated as fact finding missions, do not be fooled by the simplicity of this purpose – it is a complex process, in which due attention should be given to learning the difference between facts and opinions. In today’s HR departments, HR professionals are often already maxed out, and this can cause investigations to be delayed or incomplete. An investigator also needs to be impartial and unbiased, and the best way of knowing this for certain is by looking to an external provider. There are a number of steps which must be taken and everything must be documented in case the investigation is ever reviewed by an external party. That also requires having someone who knows how to create an investigation file and report that will withstand external scrutiny.

Where can I go for help?

At Insight HR, we have decades of experience in helping leading Irish businesses resolve workplace issues. Working with such a wide variety of clients means that we have gained a huge amount of experience in resolving all kinds of issues. Engaging with Insight HR next time your business faces a workplace issue means that the case will be dealt with effectively and efficiently.

To find out more about workplace complaints or to talk to one of our consultants in confidence call us on 056 770 1060 or email info@insighthr.ie. 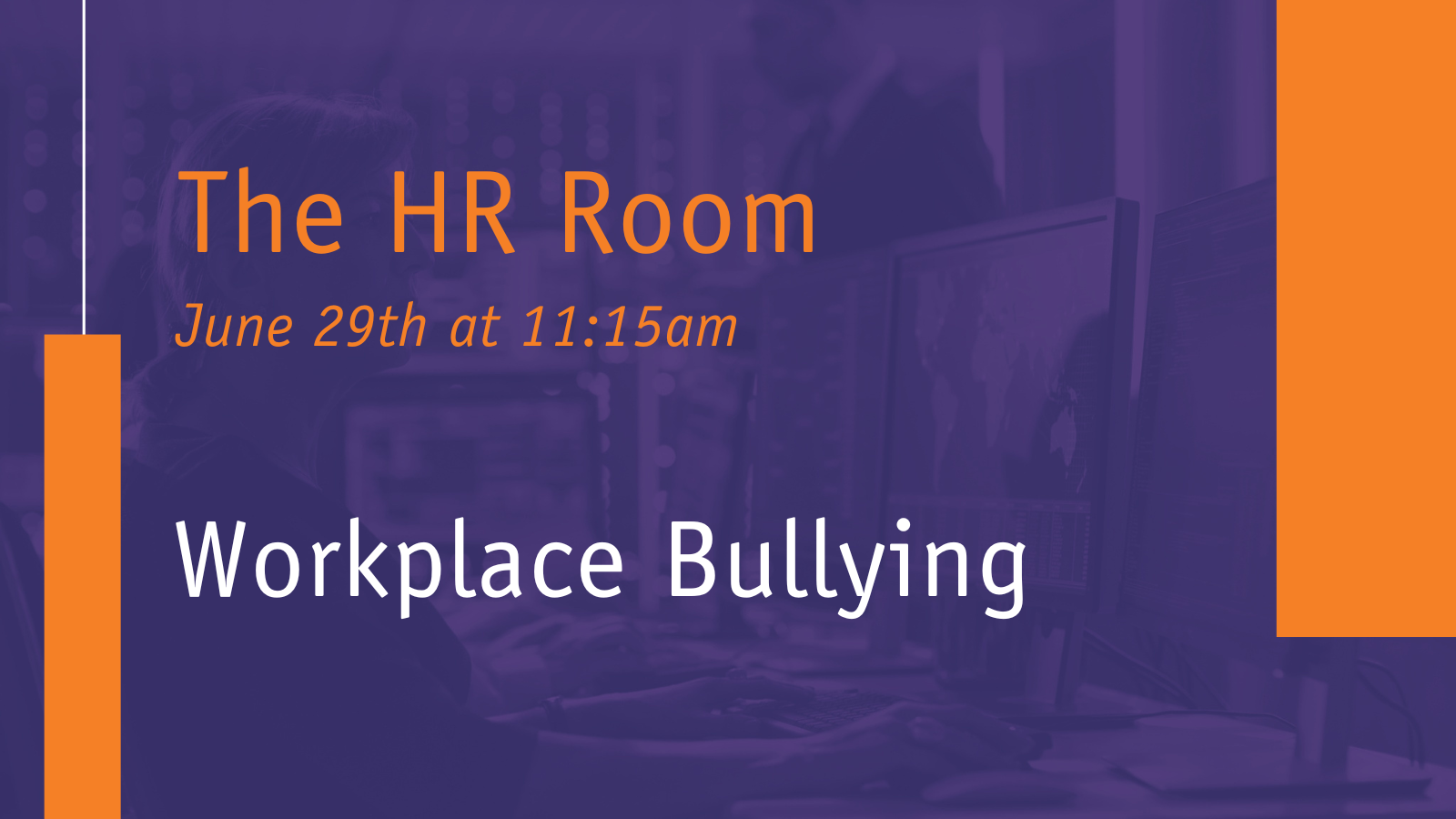 Bullying in the workplace webinar

Interested in finding out more about bullying in the workplace? Check out our Workplace Bullying webinar for free, here! 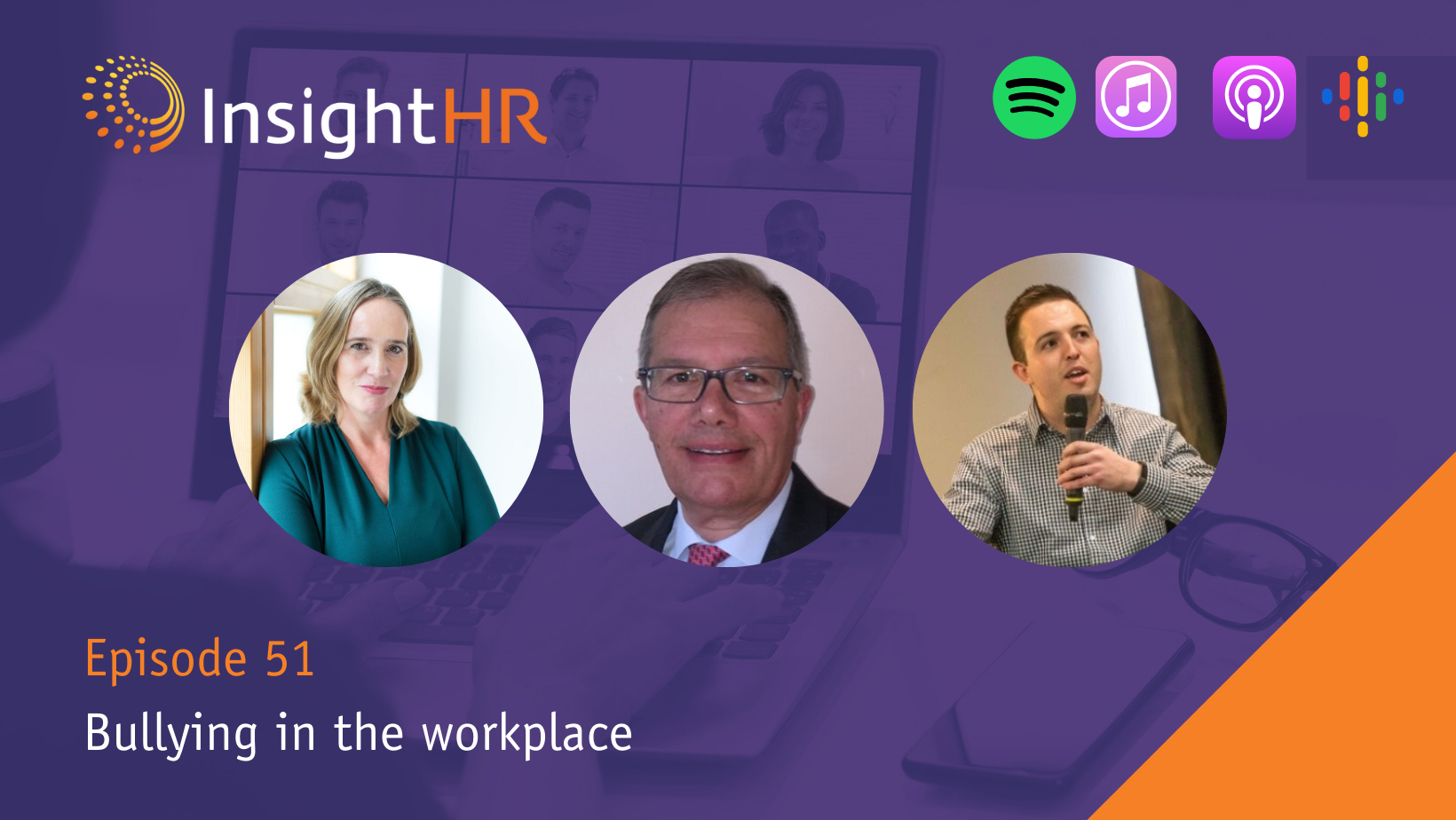 Bullying in the workplace podcast

On episode 51 of the HR Room Podcast, the Insight HR team discuss how to prevent and handle bullying in the workplace, with Irish workplace mediation expert, Ian Moore.