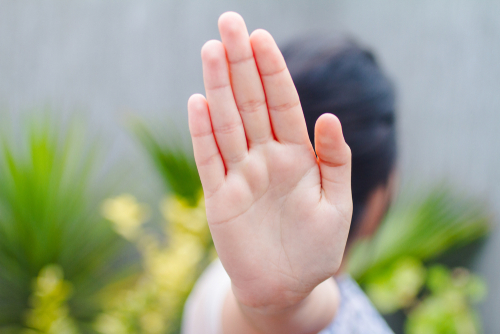 In October 2017, social media users around the world were becoming intrigued by a hashtag which seemed to have broken free from the Twitter sphere to proliferate the far-flung corners of the internet. It seemed that all over the world, people were updating their status to read #metoo, with little more context provided. A quick Google search would have revealed that this hashtag originated from across the pond, in Hollywood to be exact, where film producer and media mogul Harvey Weinstein was being accused of a multitude of sexual crimes. Actress Alyssa Milano, sharing a friend’s status, had posted on Twitter requesting that all “women who have been sexually harassed or assaulted” write “Me too” on their status, as a way of highlighting just how prolific such crimes are and with the intention of creating a solidarity, an open forum where such revelations were encouraged.

Fast forward to over two years later, and the #metoo movement has spawned countless protest marches and court cases and has become a powerful force for social change. In 2019 the Irish Government launched the No Excuses media campaign, which aimed to increase awareness of sexual misconduct and bring about societal change. People are now discussing their experiences with sexual abuse and sexual harassment more openly and are being encouraged to do so. So, why are we still hearing such shocking statistics as that from the recent survey conducted by the Irish Congress of Trade Unions, which found that 81% of people experiencing sexual harassment at work do not report the incident to their employer?

Perhaps one answer to this can be gleaned from another statistic from the survey – that of the 19% who did report the incident, only 25% felt that the matter had been dealt with satisfactorily. This is not a positive reflection on the Irish workplace by any means, but where does the blame lie? To adequately resolve a sexual harassment case requires a complex blend of both empathy and objectivity which can be very difficult for some organisations to attain. Smaller businesses may not even have a HR function. Those that do may not have anybody within the HR department that has the necessary skill-set to deal with such a matter, which can lead to panic when a complaint is made, a delay in commencing the investigation and a reticence to tackle the issue head on. The matter becomes even more complex when we consider the fact that in these cases, in-house HR teams will often know both parties and may even have social relationships with these people outside of the workplace. Aside from leading to unfair bias, this can also mean the HR professional feels uncomfortable and, in a desire to reach a speedy conclusion, may glide over the difficult parts too quickly, fail to question parties thoroughly and can even risk guiding the investigation toward their own desired outcome.

Does your team have the necessary skill-set to conduct a workplace investigation?

Regardless of whether this bias exists or not, these types of investigations are generally very sensitive in nature, dealing with matters that would ordinarily not be spoken about within the workplace. It can create a great deal of upset for both the accused and the complainant which can in turn cause the investigator to experience feelings of embarrassment or regret at needing to probe into the more delicate matters. Where the investigator is not fully trained or versed in how to deal with a case such as this, their lack of knowledge can also cause them to scrutinise and second guess their actions. When we as humans find ourselves in situations where we are not sure footed, our instinct is to proceed cautiously for fear of putting a foot out of place. HR professionals and management are aware that these types of allegations can ruin peoples’ careers and so they may proceed with so much caution that it ultimately leads to inaction. From an external viewpoint, such dithering can be viewed as a deliberate attempt to sweep matters under the rug. If matters such as these are seen to be not taken seriously by employers, then why would victims go to the trouble of reporting these incidents?

Another scary statistic arising from this survey was that half of those who felt that the matter had not been taken seriously went so far as to say that they believed they had been punished for reporting the incident. Common remarks were that they felt they had been passed over for a promotion, or even targeted for further harassment. Where the accused holds a senior position within the company, the complainant may feel that colleagues have a natural tendency to want to impress senior management, hence the feeling that they are taking sides or ganging up against the victim. As an employer, can you imagine the deep shame and regret you would feel if you discovered that your workplace was encouraging this type of culture?

So, what can your business do to make any potential investigations as friction-less as possible? A good start would be to provide training for all HR staff on how to deal with complaints of sexual harassment. If your business cannot afford to pursue this course, then at the very least you should ensure that all employees are given a handbook when they commence employment with all relevant policies and procedures outlined. It may even be wise to create a questionnaire for employees to complete so that you can assess how well they know the relevant information.

A Dignity at Work policy will clearly state how you as an employer will treat any instance of sexual harassment arising in the workplace. Such policies exist to not only inform employees of what is expected of them but also to protect employers, so that they cannot be accused of bias or preferential treatment.

The below checklist will guide you as to some of the articles you should consider;

The Irish Human Rights and Equality Commission define sexual harassment as “any form of unwanted verbal, non-verbal or physical conduct of a sexual nature”. Any handbook or policy that you create should clearly state this in its outset.

This statement should leave no doubt in your employees’ minds that you will enforce disciplinary actions where necessary. It should unequivocally state that all employees, regardless of status, are liable to follow the policies and procedures outlined within.

This section should include some examples of what could be considered sexual harassment under the aforementioned definition. For instance, unwelcome physical touching, suggestive comments and inappropriate gestures. This section should also state that sexual harassment is not limited to such examples – you don’t want employees thinking that just because something isn’t listed then it is accepted!

In some instances, an informal approach may be enough to stop certain issues snowballing. A colleague with a penchant for telling offensive jokes, for example, will likely cease this behaviour if made aware of being in breach of policy. Your policy should outline exactly what an informal procedure will look like.

Your policy should always state the steps that you will follow when there is a formal complaint made, as well as the steps that your employee should take to initiate proceedings. This transparency is important so that all parties know where they stand, and expectations are made clear.

Including general timeframe in this section (from initial complaint through to resolution) is advisable. Of course, you should also include a caveat that the timeframe is subject to the nature of the complaint. More serious complaints may take longer to investigate and resolve.

Sometimes an employee may feel that the wrong decision has been reached. In these instances, they may wish to make an appeal. For this reason, it is important that your appeal procedure is clearly outlined.

What happens after a decision has been reached? It should be communicated to all concerned parties in writing, outlining any action that the employer intends to take.

Implementing a Dignity at Work policy is always advisable. However, such policies are limited in their isolated effectiveness as they still require implementation. When not applied effectively they can end up doing more harm than good. Bias and fear of seniority can put the investigation at risk and result in a botched workplace investigation which sees the accused walking away scot free even when guilty. This in turn can make it look like the victim has made the whole thing up, leaving them vulnerable to negative treatment from other employees.  It is therefore highly important that all complaints of such a sensitive nature are dealt with properly and by experienced professionals. It may be wise for you to consider outsourcing the investigation so that you can be sure that there is no risk of bias.

Supports should also be put in place for both the accuser and the accused. Your HR department should be well versed in any resources that are available to either party, such as information forums, support circles, employee assistance programmes and external counsellors. All parties who need to be interviewed should be offered the opportunity to be accompanied, either by a colleague or a trade union representative.

Following correct procedure when it comes to sexual harassment cases means that your business is minimising any financial or legal risk. At Insight HR, we have a huge amount of experience in leading workplace investigations. We don’t shy away from the complicated or sensitive issues, and our impartiality means we can offer independent, non-biased advice and guidance.

While the above checklist may give you some food for thought, if you are in doubt about any of your obligations as an employer then you are invited to give us a call here at Insight on 056 7701060